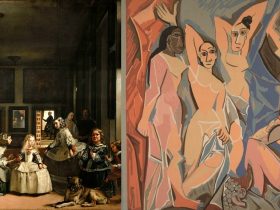 The Netherlands gave birth to some of the most renowned artists in the world. The Dutch Golden Age saw painters develop their styles that changed the art world in Europe. This period lasted for two centuries. And during that period, we had some famous Dutch artists like Bosch, Rembrandt, Vermeer, and many more.

The Netherlands produced masterpieces across every category of painting. And in almost any important style and movement through history. Let’s take a look at some of the most famous Dutch artists.

Born in July 1606, Rembrandt is one of the most famous Dutch draughtsman, painter, and printmaker. His innovation changed the art world. As a prolific master in three media, critics consider him one of the greatest visual artists in the history of art. Certainly, he is the most important Dutch artist.

Unlike most Dutch artists of the 17th century, he depicted a wide range of style and subject matter. His work ranges from portraits, self-portraits, landscapes, genre scenes, and historical scenes. He even did some biblical and mythological theme paintings.

He never went abroad, unlike other famous Dutch artists. Critics regard his portraits of contemporaries and self-portraits as some of the greatest creative triumphs. His self-portraits, for example, form a unique and intimate autobiography. He surveyed himself without vanity and with sincerity.

While he got famous for his self-portraits, we cannot ignore this masterpiece. The 1642 painting is one of the most famous Dutch Golden Age paintings.

Three things make this painting a unique one. Let’s start with the size at 11.91ft x 14.34ft. Then, we have to mention the dramatic use of light and shadow. And to top it all, the perception of motion in what is a static military group portrait.

This painting inspired musical works in both classical and rock traditions. Some critics consider it controversial of its time. Why? Because he painted people as they are, and did not use airbrushed portraits.

Bosch is one of the most notable representatives of the Early Netherlandish painting school. He worked on oil and oak wood, displaying fantastic illustrations of religious concepts and narratives. Artists in Spain, Austria, and the Netherlands copied his macabre and nightmarish depictions of hell.

His pessimistic and fantastical style influenced northern art of the 16th century. Today, art historians call him one of the greatest individualistic painters with deep insight into humanity’s desires and fears.

Today, we have only 25 paintings of him. But his notable painting, The Garden of Earthly Delights, looks like 10 paintings in one.

Masterpiece: The Garden of Earthly Delights

This triptych is his most famous work. The outer panels bracket the main central panel between the Garden of Eden on the left and the Last Judgment on the right. Critics believe it is a transition painting between his middle period and later period.

Bosch gave God a youthful appearance, an innovative approach for the time. Het set the figures in a landscape populated with exotic animals.

And then the right panel presents a hellscape, a world in which humankind accepted the temptations of evil. In the simplest terms, the painting represents the history of mankind. We have the creation on the left, life in the center, and then the end of mankind on the right. 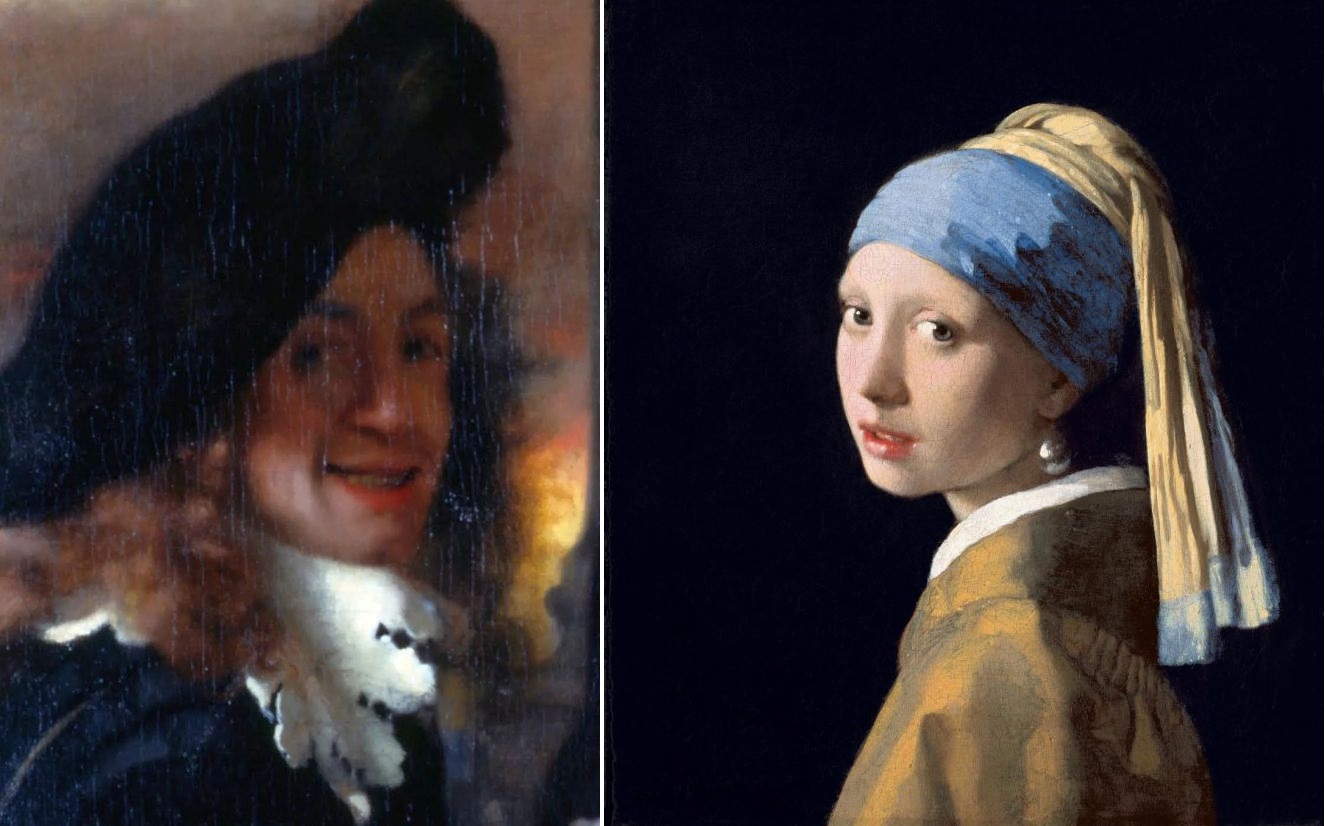 Born in October 1632, he lived during the Dutch Baroque Period. Vermeer specialized in domestic interior scenes of middle-class life. During his life, he enjoyed great success in genre paintings.

He worked slowly and with great care, and used very expensive pigments. Critics praise his masterly treatment and use of light in his work.

He set almost all his paintings in two smallish rooms. He also never went abroad. His legacy is the meticulous painting technique and his choice of pigments. His paintings have almost photorealistic attention to detail.

Masterpiece: Girl with the Pearl Earring

This painting represents a young woman in a dark shallow space. This intimate setting draws the viewer’s attention exclusively to the girl.

It tells the story of a 16-year old Dutch girl who starts working as a maid in the house of the painter. The ground is dense and yellowish in color.

Arguably one of the most influential figures in the history of Western art. In one decade, he created more than 2,100 artworks, including 860 oil paintings. Most of his paintings date from the last two years of his life.

Van Gogh painted landscapes, still life paintings, portraits, and self-portraits. While different genres and style, they have a common trait. Van Gogh used bold colors and dramatic, impulsive, and expressive brushwork for his paintings. That helped him laid the foundations of modern art.

Fun fact: nowadays, we consider him one of the biggest and greatest painters. But he did not achieve commercial success during his life. Instead, he committed suicide at 37 after years of mental illness, depression, and poverty.

In this painting, Van Gogh used contoured forms as a way of expression to convey emotion. Critics nowadays believe he used this painting to overcome his illness. It reflects in the dimness of the night sky.

Considered one of the greatest creations not only by Vincent but in the world. It depicts a tranquil night on an average evening. And the ambiance evokes strong emotions within the viewer.

The painting is basically his view from the asylum. He depicted the view at different times of the day and under various weather conditions. The hospital didn’t allow him to paint in his bedroom. But he made sketches in ink and charcoal on paper. Eventually, he used these sketches to make the final painting.

Famous for his portraits, he lived and worked in Haarlem. Frans played an important role in the development and evolution of the 17th-century group portraiture. His style shows a loose painterly brushwork.

Born in Antwerp, he fled with his parents during the Fall of Antwerp. He joined the Haarlem Guild of Saint Luke, and earned money as an art restorer for the city council.

For his portraits, he painted wealthy citizens. But he also painted group portraits for local civic guards and local hospitals.

Unlike Rembrandt, he preferred daylight and a silvery sheen. He could obtain the exact tone, light, and shade, with just a few marked and fluid strokes of the brush.

To earn money, he also did a lot of wedding portraits.

Masterpiece: The Banquet of the Officers of the St. George Militia Company in 1616

The painting refers to the first of several large schutterstukken painted by Hals for the St. Goerge civic guard of Haarlem.

He was in his thirties while painting this piece. At the time, he did not achieve the success and popularity he had later on. So, to feel safe and secure, he used the same design on the painting as his predecessor, Cornelis Cornelisz van Haarlem. He painted the same militia company in 1599.

He had to complete the assignment, but also add theatrical elements at the same time. 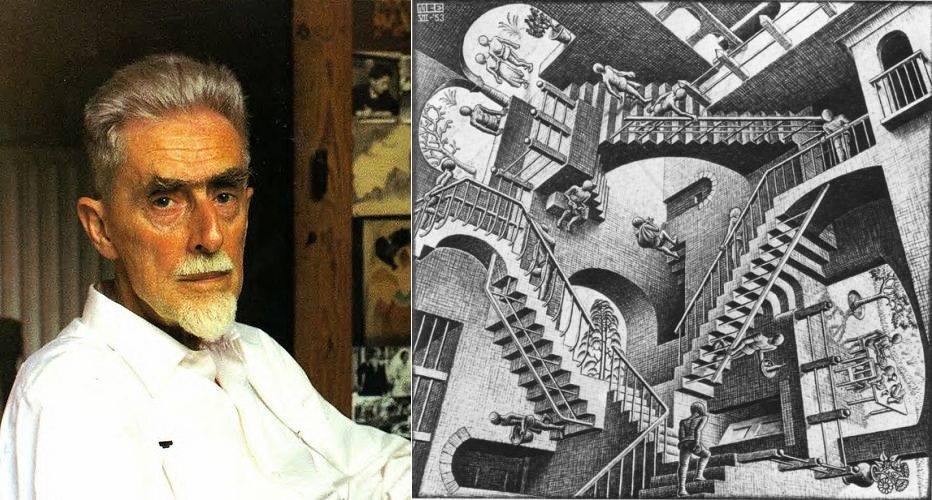 The Dutch graphic artist made mathematically inspired woodcuts, lithographs, and mezzotints. Despite wide popular interest in his work, the art world neglected him for a long time. And that happened even in his native Netherland.

His work featured mathematical objects and operations including impossible objects. His work also explores the terms of infinity, reflection, symmetry, and many more.

Early in his career, he drew inspiration from nature. At that time, he made studies of insects, landscapes, and plants.

But he then moved to mathematical paintings. He got popular after Martin Gardner mentioned him in the April 1966 Mathematical Games column for Scientific American.

He made this lithograph print in December 1953. It depicts a world in which normal laws of gravity do not apply. How would that look?

There are three sources of gravity in the world of Relativity. Each of them has an orthogonal relationship to the other two.

A Dutch painter and theoretician, many consider him one of the greatest artists of the 20th century. He pioneered abstract art, changing artistic directions from figurative painting to an abstract style. And he reached a point where his vocabulary got reduced to simple geometric elements.

His art is utopian. Mondrian searched for universal values and aesthetics through his art. Piet contributed to the De Stiil art movement.

His work had a huge influence on 20th-century art. Besides abstract painting, he also influenced other styles and movements like minimalism, color field painting, and abstract expressionism.

He completed this painting in 1943 after moving to New York. Compared to his earlier work, there is a huge difference in the canvas. He divided the canvas into a much larger number of squares.

And while we know him as an abstract painter, he got inspired by real-world examples for this painting. That is the city grid of Manhattan and the world of boogie-woogie, a music ganre he loved.

Pieter came from a long line of craftsmen and artists. He got famous as a genre painter but also did a lot of peasant scenes and landscapes.

Brueghel the Elder falls into the category of Flemish Renaissance painters who influenced the next generations of artists. Critics praise his innovative choices of the subject matter. He belongs to the first generation of artists to grow up when religious subjects stopped appearing in paintings.

Instead, his art reinvigorates medieval subjects such as ordinary life in illuminated manuscripts.

Pieter completed the painting in 1565, depicting harvest time in July and August. It is just one of series of six (some even say twelve) works on the same subject. Only five remain, and each depicts different times of the year. As with other of his paintings, Brueghel the Elder put the focus on the peasants and their work.

One of the first Dutch-American abstract expressionists. Born in Rotterdam, he moved to the US in 1926 and got his citizenship in 1962.

Following World War II, he pioneered the style of abstract expressionism. Some refer to it as action painting. He was one of the many painters that we now refer to as “The New York School”. Jackson Pollock is the American artist that started the trend.

In the beginning, he earned money by painting signs, department store displays, and similar small jobs. But he rose to prominence by the middle of the 20th century.

Famous as one of the five most expensive paintings ever, it is an oil on canvas by Willem de Kooning. It is his first abstract landscape, marking a change in his style. In September 2015, Kenneth C. Griffin bought it for $300 million.

Lucas lived during the same period as Bosch. And he also showed a radical approach to his painting. Art scholars and historians consider him one of the first to work in genre painting. Born in 1494, he influenced Dutch painters for the next two centuries.

He also showed incredible talent in copperplate engraving. Van Leyden was a tireless artist. He learned painting from his father.

Only 17 of his paintings survived. But there are 27 more on which he worked in collaboration with Karel van Mander.

The Annunciation is one of the most important events in the world of Christianity. It is a celebration of the announcement by the Archangel Gabriel to the Blessed Virgin Marry that will conceive Jesus, the Jewish Messiah. 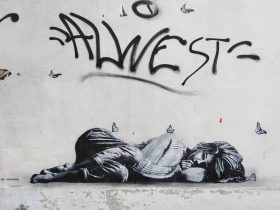 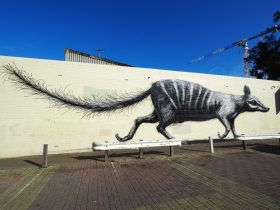 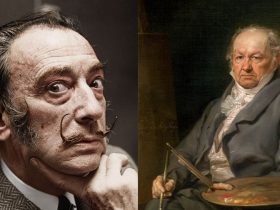 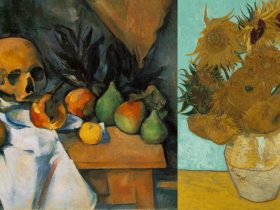