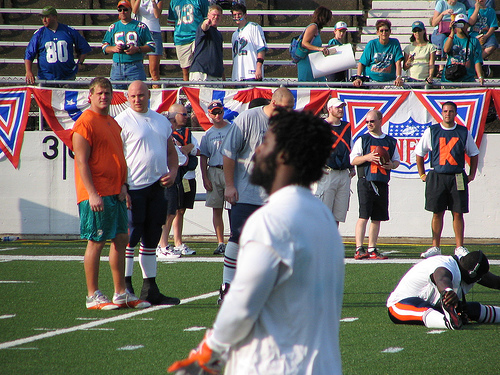 Dolly Parton is among the richest female singers ever. She is larger than life personality. The American singer, actress, author, entrepreneur, and philanthropist contributed to the soundtrack of more than 500 movies. How much big is Dolly Parton’s wealth?

Let’s take a look at her career path.

Dolly Parton is 74 years old as of 2020. You can say she was on TV before you owned one. She began writing songs at a very young age. In 1956, her uncle Bill Owens took her to The Cas Walker Show. Dolly approached the self-made millionaire and said she wanted to work for him. And that helped her land her first radio and TV job at just 10 years old.

When she was 19 years old, Parton signed with Monument Records and released her first single, the pop song Happy, Happy Birthday Baby. The label quickly recognized the listeners’ taste for country flair. So, they produced her first solo album Hello, I’m Dolly. It peaked at Number 11 on the Billboard Hot Country Albums Chart.

By 1977, she released her first crossover hit Here You Come Again. The single topped Pop and Country music charts. And she received a Grammy for the performance in 1978.

By the 1990s, Dolly released a number of albums inspired by Bluegrass music. This is a type of American country music.

Her latest project is a Netflix series titled Heartstrings. The eight episodes tell a story behind one of her songs.

As of 2020, Dolly Parton has soundtrack credits for more than 580 movies and shows. She also has more than 40 actor credits.

Dolly says “It costs a lot of money to look this cheap”. Dolly Parton is one of the richest female singers and female stars in general. As of June 2020, Dolly Parton’s wealth is bigger than $600 million. She can buy anything she wants with royalties from her library of more than 300 songs.

So far, Dolly sold more than 100 million albums worldwide. Dolly is so rich, she can afford to redo her Tennessee mountain home look exactly like it did when she was just a young kid.

One of her biggest source of income is the song I Will Always Love You. A lot of people associate the song with Whitney Houston. But the reality is that Parton has the original copyrights for the song. Whitney borrowed it for the Bodyguard movie.

Dolly recorded the song in 1974 for her Jolene album. It secured the No.1 spot on the Billboard Hot Country Songs chart twice. First, it climbed the top of the chart in 1974. Then, it topped the chart again in 1982 as part of re-record for The Best Little Whorehouse in Texas soundtrack.

And the Bodyguard soundtrack is one of the best-selling albums in history. So far, the album sold more than 17 million copies. Parton owns the publishing rights for the song.

Dolly also has her own businesses. She built the Dollywood amusement park in 1986. 30 years later, the 150-acre park goes strong. It is the most-visited tourist attraction in Tennessee with more than 75 million guests so far. The park attracts more than 2.5 million visitors per year. One-day tickets cost $67.

Dolly Parton is one of the most-honored female performers of all time. She got nominated for an Oscar in 1981 for Best Original Song for Nine to Five. She also has three Golden Globes nodes.

As for country music performance, the Record Industry Association of America certified 25 of her singles as gold, platinum, or multi-platinum.

Dolly has 42 career top-10 country albums. That is a record for any artist. She also has 110 career-charted singles over the past 40 years.

She won nine Grammy Awards, including the Lifetime Achievement in 2011. She also has 49 Grammy Award nominations, which is second of any female artist.

Parton has 11 siblings. She is the fourth child of 12 children. On May 30, 1966, she got married to Carl Thomas Dean. He rarely accompanies his wife to any event. Parton says he only saw her perform once. People rarely see them together. But Dolly says that is not a problem. They spend enough time together.

Dolly praises Dean’s romantic side. He constantly does spontaneous things to surprise her. Sometimes, he even writes poems for her.

On May 6, 2016, Dolly announced they will renew their vows in honor of their 50th wedding anniversary. The two raised several of Dolly’s younger siblings. Some of her nieces and nephews refer to Dolly as Aunt Granny.

Parton is famous for turning down offers by Playboy Magazine. She did appear on the cover of the 1978 October issue in a Playboy bunny outfit. But she turns down offers for posing nude.

Since the 1980s Dolly supports many charitable efforts. She puts a special focus on literacy through her Dollywood Foundation. The Dolly Parton’s Imagination Library is part of the Dollywood Foundation and mails one book per month to each enrolled child. They get books from their birth until they enter kindergarten. So far, the foundation provides more than 850,000 children per month.