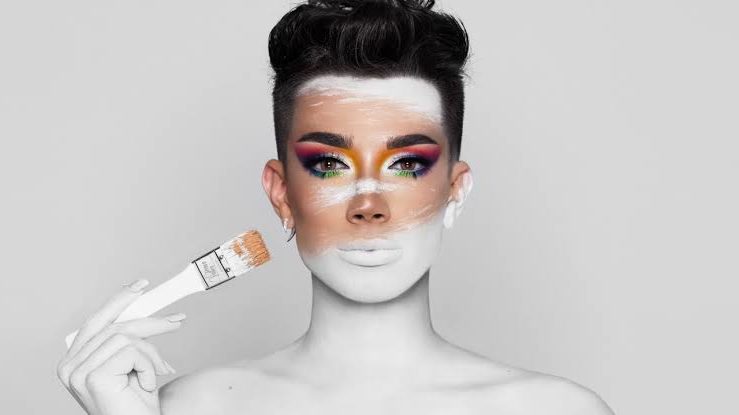 Do you know who Mansa Musa is? Did you know he was the richest man that ever lived? His wealth at his height reached $400 BILLION adjusted for inflation. Bill Gates, Jeff Besos, the Rockefeller family, Elon Musk, do not come close to his wealth. Do you want to know more about Mansa Musa?

Let’s start with his identity. Born in 1279, Mansa Musa was the tenth Mansa of the Mali Empire. “Mansa” is a military title standing for “emperor”. The Mali Empire was an Islamic West African state.

At the time of his ascension to the throne, the Mali Empire consisted of the former Ghana Empire. Its borders spread over to now parts of Guinea, Senegal, Gambia, Mauritania, and the modern state of Mali.

He conquered 24 cities and their surrounding districts. During his reign, Mali had the biggest production of gold in the world. That is why many consider him one of the wealthiest historical figures.

Yet, some modern magazines say there is no accurate way to quantify his wealth.

Mansa Musa got popular back in the days for his Pilgrimage to Mecca. Some historians believe he started the tradition. As the grandson or the grandnephew of Sundiata, the founder of his dynasty, Mansa came to the throne in 1307. In the 17th year of his reign, he set out on his famous pilgrimage to Mecca.

That pilgrimage awakened the world to the wealth of Mali. Cairo and Mecca received royal personage, something that they haven’t seen before.

Traveling from his capital of Niani on the upper Niger River to Walata, and on to Tuat (now in Algeria), Mansa traveled with an impressive caravan of more than 60,000 men. He also had 12,000 slaves accompanying him, all clad in brocade and Persian silk. The emperor rode on horseback preceded by 500 slaves, each of them carrying a gold-adorned staff.

He also had a baggage train of 80 camels, each carrying 300 pounds of gold. His generosity and piety, as well as his fine clothes, created a favorable impression everywhere he went.

Historians say that rulers of West African states had made pilgrimages to Mecca before Mansa Musa. But none of them had the flamboyant journey that Mansa had. His journey got famous well beyond the African continent and stimulated a desire among Muslim Kingdoms of North Africa and European nations to travel to Mecca.

What is the legacy of Mansa Musa? We will point to just a few facts. For example, the organization and smooth administration of a purely African Empire.

He also founded the University of Sankore, and expanded the trade in Timbuktu. You can look at architectural innovations in Gao, Niani, and Timbuktu.

Many of these architectural innovations stand today. The whole of Mali and the Songhai Empire serves as testimony to his superior administrative gifts.

But most importantly, the moral and the religious principles that he had taught endured after his death.

Let’s get to the fun facts now. These are the true testimony of the life of Mansa Musa.

The Tenth Ruler of Mali

Mansa Musa was not the first big ruler of Mali. The Empire already had wealth. He was actually the 10th ruler of the Empire. During the Empire of Mali, kings appointed deputies when they undertook journeys. Usually, the deputies got declared heirs afterward.

Mansa got declared deputy by Emperor Abu Bakr II when he went to explore the limits of the Atlantic Ocean. But he never returned, and Mansa got promoted to King and ruler.

We touched on this subject before. His caravan consisted of 60,000 men, including 12,000 slaves dressed in Persian silk. He himself rode on horseback with 500 slaves carrying gold-adorned staff preceding him.

Mansa took along with him 80 camels carrying 300 pounds of gold each. He spent lavishly during the journey, distributing gold to people and exchanging it for souvenirs along the way. Citizens of cities sang praises and songs about Musa years afterward.

He caused inflation in the Mediterranean

While Musa had a lot of gold and gifts, he spent them recklessly. He distributed so much of the gold and gifts that he upset their value in the market and cities he had visited. The sudden influx of gold in Cairo, Medina, and Mecca, caused a decline in the value of the metal. Imagine someone doing that today, causing inflation of gold.

Because of it, he caused super inflation with the price of goods skyrocketing. He then took back some of the gold at high interest from money lenders just so he can adjust its value. It took more than 10 years for markets to fully recover from his pilgrimage.

He remains to this day the only man that singlehandedly controlled the price of gold in the Mediterranean.

Following his return from Mecca, he set another goal, constructing buildings. He built many mosques and education centers in Timbuktu and Gao. Mansa brought in architects from Spain and Cairo to build his grand palace and the famous Djinguereber Mosque. He also built the great University of Sankore that stood the test of time.

You can Mansa embarked on a project to make Timbuktu a great city. And he succeeded in that. During his reign, Timbuktu rose to a center of knowledge and trade. His University of Sankore drew Muslim scholars from all over Africa and the Middle East.

The world found out of the wealth in Mali and made Timbuktu the center of trade. Merchants from Venice, Granada, and Genoa traveled to trade goods for gold.

Mali, the Empire of the World

Mali flourished during his reign and extended to several cities and regions. His empire spread to the cities of Timbuktu, Gao, and more. Ibn Batuta, a Moroccan traveler and writer, noted that he needed 4 months to travel from the northern to the southern border of the empire.

The Richest Man in History

In 2012, Celebrity Net Worth took out a list of the 25 wealthiest people of all time after adjusting for inflation. He ranked on the top of the list with a personal net worth of $400 billion at the time of his death. The Rothschild Family finished second on the list with $50 billion less.

During his reign, Mali controlled more than half of the world’s salt and gold supply. Yes, salt, the thing we add to every dish today. At the time, salt was in short supply.

You might not have heard about Mansa Musa, but there are a lot of popular references to him. He appears as the leader of the Malian civilization in the fourth and sixth entries of the strategy game series, Sid Meier’s Civilization. Even Beyonce makes a reference to him in the song Black Parade. She sings “Four hunnid billi, Mansa Musa, woo”.

Tales of his legendary wealth live on

In the Catalan Atlas, widely considered one of the most important maps of the medieval period, you can find Mansa Musa in the map section showing sub-Sahara. He sits on a throne, wearing a diadem, and holds a gold coin. Just for info, the Catalan Atlas got created some 50 years after his reign.

Theories about his death

There is an ongoing debate as to when he passed away. Some historians suggest in c. 1330, a few years after his return from Mecca. Others believe he died after 1337. Islamic historian Ibn Khaldun states Musa got involved in diplomatic affairs that year.