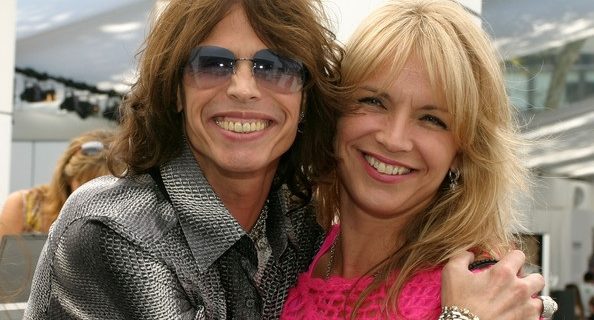 Teresa Barrick -Net Worth, Career, Divorce And Life After Divorce

TimTheTatman is an American Twitch streamer and internet personality. His real name is Timothy John Betar. Born in 1990, he made a name for himself playing Overwatch, WoW, Call of Duty, and more. His popularity exploded during the Fortnite boom in 2018. At that point, he established himself as the go-to-streamer for watching battle royale on Twitch.

Tim plays alongside streamers like Ninja, Myth, and more. He has one of the top 10 most popular channels on Twitch with more than 5 million followers. Timothy attracts audiences well into the tens of thousands with every stream. In 2020, his average viewership is more than 27,000 people.

Timothy started streaming on Twitch in 2012. He began his career with games like Counter-Strike: Global Offensive and Overwatch. He also played World of Warcraft and Call of Duty. During the Fortnite boom in 2018, Tim was one of the most popular streamers. But his variety of games continues into 2020.

He is a Monster Energy eSports athlete. Tim has a sponsorship deal with Audio-Technica Corporation as well. Since March 2014, he is a Twitch partner and a full-time creator. During the Fortnite release, Twitch amassed more than 151 million hours during the first month. TimTheTatman played a big role in that. Tim was one of the streamers profiting, alongside Ninja, Tfue, and others.

Tim and Ninja are two streamers that appeared in the NFL 100 commercial during Super Bowl LIII alongside Payton Manning and Marshawn Lynch.

Tim is one of the most popular streamers in the United States. TimTheTatman cash flow is more than $8 million. He produces gaming content of popular games, namely the battle royale game Fortnite. He often collaborates with other streamers like Ninja, DrLupo, Myth, Dakotaz, and others. Timothy streams on a daily basis.

He earns more than $1 million per year from Twitch alone. Tim has a sub count of 30,000. Subscriptions earn him between $50,000 and $100,000 per month alone. Add advertising and other Twitch features, and he earns a lot of money from the platform.

But Twitch is not his only source of revenue. He also earns money from YouTube thanks to daily uploads. His YouTube videos get at least 200,000 views. And that brings hundreds of thousands of dollars per year.

On Twitch, he has more than 5 million followers. He gets an average of 27,000 viewers during 2017. And so far, he accumulated more than 200 million views. Streamers like Tim earn money from subscribers, donations, bits, and ad revenue.

Streamers also make money through the Cheering feature. This is when fan cheers with bits on the chat. Tim also has several sponsorship deals bringing in revenue. Razer and NZXT are his biggest sponsors. But he also has a contract with the energy drinks company Monster.

But the biggest source of TimTheTatman wealth is Twitch. In December 2019, he signed an exclusive deal to stay with the platform.

Syndicate plays OG Call of Duty and Black Ops. He has a huge following on Twitch and YouTube, giving him assets of $5 million. He doesn’t play as much as before, but he is still popular.

NightBlue3 is a member of Team Solomid, with a history of League of Legends. He is North America’s number one Jungler. Millions watch his streams, giving him a cash flow of $6 million.

Then there is Tim with a cash flow of $8 million.

Ninja is the most prolific streamer on Twitch. As of 2020, his assets are $10 million.

PewDiePie is another streamer that earned millions through streaming. But he is also a professional social media personality. The Swedish-born streamer has a cash flow of over $20 million.

What is his setup?

Like many top streamers, Tim has a top-spec setup for gaming and broadcasting. At the center is his custom PC compromising of high-end parts from NZXT. He got mouse and keyboard from his other sponsor, Razer. And plays on an LG monitor. His PC has an Intel I9-9900K processor, an MSI MEG Z390 Ace mainboard, and an EVGA GeForce graphics processing unit.

He uses the Huntsman Elite keyboard alongside the Deathadder V2 Mouse. For his chair of preference, Begar chose the Herman Miller Mirra. His setup and streaming gear cost nearly $10,000.

Timothy Betar met his wife Alexis in high school. They got married in August 2016. And in April 2019, they welcomed their first son.

He often donates to charity. In 2018, he teamed up with other streamers to raise money for St. Jude’s Children’s Research Hospital during the Guardian Con charity stream marathon. The event raised more than $2.7 million, with Tim raising $106,000 in 4 hours.

With millions on his bank account, Tim wants to splurge on cars. He recently bought an all-black Hennessy Maximus Jeep Gladiator. The supercharged V8 Hellcat engine produces 1,000 brake horsepower. A standard Gladiator costs more than $150,000. And he has a specially modified model with a price tag above $200,000.