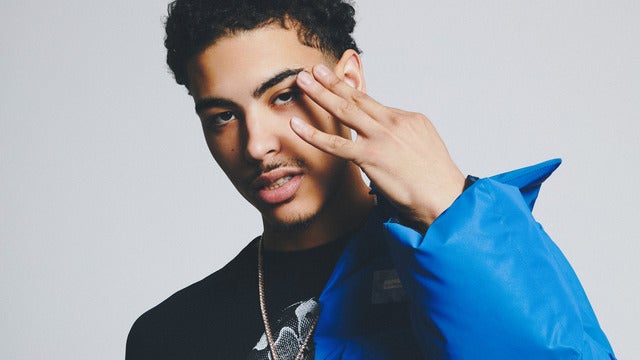 Few people discover their passion early in life and when they do, they pursue it with zeal and consistency.  Having multi-talented personalities, they seem to work effortlessly with no major career failure. This is the story of Matthew Lyn Lillard. Thousands of people follow the adventures of the all-time favorite Scooby-Doo but don’t know about the face behind it all.

50-year-old Matthew Lyn Lillard was born in Lansing, Michigan, on January 24, 1970. He’s the first child of his parents, Jeffery and Paula Lillard, and has a younger sister Amy. He spent most of his early years in Tustin, California, where his family resided at the time. He attended Foothill High School in Santa Ana, California. He proceeded to join the American Academy of Dramatic Arts in Pasadena, California, and later attended the New York City-based Circle in the Square Theatre School.

Matthew Lillard got married to Heather Helm in 2002 and they have been blessed with three adorable children, Addison, Macey, and Liam. Heather was born in 1971, details as to the exact date of her birth, parents, and siblings are still a mystery but we wouldn’t fail to update you once the mystery is unraveled. She attended Canada High school and graduated in 1989. She then bagged a Bachelor’s degree from the University of California, Los Angeles (UCLA). The two met for the first time in 1989 at an event for celebrities. They usually recount it as love at first sight.

Heather is rather private and doesn’t divulge details about her private life to the public or via social media. There are a lot of speculations that Heather is an actress but it appears she isn’t. She’s doing well as an active real estate agent, event marketing director organizing various campaigns and entertainment events where she works with other celebrities and met her husband. 2011 was a major turnaround in her career as she signed a new contract with a real estate company in Pasadena that grew her fame. Today, she is referred to as one of the most successful real estate agents in the United States.

If you are a fan of horror movies and action thrillers, then Matthew Lillard is your guy. Matthew’s career kicked off while studying in high school, as a co-host in SK8-TV, a TV show. After high school, he starred in a 1994 black comedy Serial Mom, and as an extra in Ghoulies 3: Ghoulies Go to College.

In the year 1995, he starred in Hackers which was about a team of high school kids who stop a multimillion-dollar business blackmail scheme. He also made an appearance as Stu Macher in the popular horror movie Scream. He played the supporting role of Dennis Rafkin in Thirteen Ghosts.

In 2002, Lillard played the role of Shaggy Rogers in the all-time favorite movie, Scooby-Doo which was re-enacted in the sequel titled Scooby-Doo 2: Monsters Unleashed two years after. He has achieved a lot in voicing Shaggy in different Scooby-Doo media beginning from the year 2010 animated reboot entitled Scooby-Doo Mystery Incorporated.

In 2011, he got featured in the Fox series titled House. Oh, did we mention that Lillard is also a producer? Well in the same year, he produced and directed his original feature film titled Fat Kid Rules the World. He based the movie on the same-titled book by K. L Going.

Matthew’s first voice role in a video game was in Sled Storm in 2002, where he featured as A. J. Rollins. Since then, he has starred in Scooby-Doo 2: Monsters Unleashed- The Video Game, Lego Dimensions, Scooby! Mystery cases, My Friend Scooby-Doo! and several others as Shaggy Rogers.

Matthew Lillard has won three awards and received 12 award nominations. Few of them include;

– Behind the Voice Actors Awards: Nomination in the category of Best Vocal Ensemble in a TV Special/Direct-to-DVD Title or Short for their roles in Scooby-Doo! Mask of the Blue Falcon in 2014.

– Zlin International Film Festival for Children and Youth: In 2013, he was nominated for Best Feature Film for Youth Children’s Jury Main Prize for his work in Fat Kid Rules the World.

– Central Ohio Film Critics Association: Nomination in the category of Best Ensemble, with other cast members, for their roles in The Descendants.

– Screen Actors Guild Awards: In 2012 together with other cast members, he was nominated for Outstanding Performance by a Cast in a Motion Picture for their roles in The Descendants.

– SXSW Film Festival: In 2012, he won the Narrative Spotlight Audience Award for his work in Fat Kid Rules the World.

– Kid’s Choice Awards, USA: In 2003, he won the Favourite Fart in a Movie Blimp Award for his role in Scooby-Doo.

– Mar del Plata Film Festival: In 1999, he won the Best Actor award for his work in SLC Punk!

Matthew makes most of his earnings from his multiple careers as an actor, director, and producer and of course a voice actor but mostly from acting and producing. As of October 2020, Lillard has a fortune of $2 million.

Now that you have known all about the face behind the adventurous Scooby-Doo, let’s take a quick recap. Matthew Lillard was born on January 24, 1970, to Jeffrey and Paula Lillard in Lansing, Michigan. He attended Foothill High School in Santa Ana, California, and currently resides in Los Angeles, California with his wife Heather Helm who is a notable real estate agent in the United States.

They are happily married with three kids. Matthew has a sister named Amy. Asides from acting, he produces and directs. He has been featured in numerous productions and is one of the inspirational actors of the century.