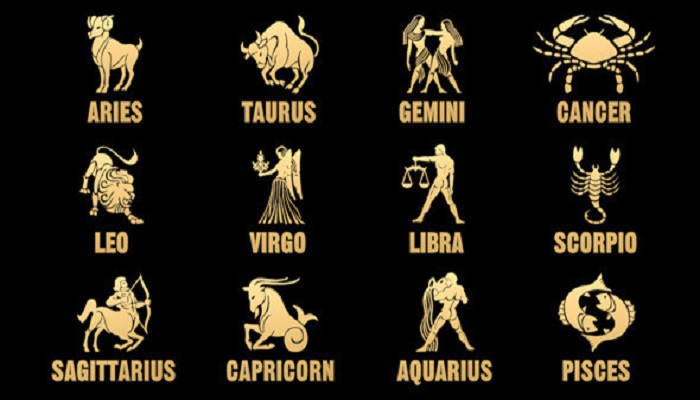 Aries is the first sign of the Zodiac. He is also a fire sign. As such, he is only compatible with a select few ladies. This Zodiac guy is passionate, enthusiastic, and hardworking. He is also a bit stubborn. But he will put 110% effort into everything he does. And he will not stop until he reaches his dreams and goals, both in life and in love. So, which ladies are the best matches for Aries man?

Before we get into some of the relationship compatibility, let’s take a look at Aries personality traits. We have to start with one of their general personality traits. And that is, this guy puts his needs first. That is why sometimes he comes across as selfish. But he actually puts a lot of effort into making himself happy.

And that is the good part. He doesn’t need a girlfriend to make him fulfilled and happy. And when he enters a relationship, he is serious about you.

He is also an impulsive sign. Another of his bad traits is his stubbornness. With Ram as his celestial animal, this guy doesn’t accept compromises often. He fights for what he believes and knows best. And with a short temper, expect a lot of arguments.

Aries male is unpredictable. Some ladies love it, others hate it. And whenever a random thought pops into their head, they will share it.

Now, about the good stuff. This Zodiac sign is passionate, hardworking, and enthusiastic. He will put everything he has in the relationship and try to make it work. He will not quit and will fight for you to the very end.

When it comes to relationships, Aries men are obsessive. When they set their sights on something or someone, they cannot stop thinking about it. As a passionate sign, he will not hold back his feelings about you. What is most important is that this guy will share his feelings with you. And do it honestly. You do not have to guess what he wants. He will tell you.

Speaking about love, Aries person falls in love quickly but gets bored even quicker if you do not treat him well. You have to flirt with him and play to his hunting side.

In sex, he is not shy. He loves experimenting and has a strong sexual desire. With Mars as his ruling planet, this Zodiac sign shows animalistic passion. He is fiery inside and outside when it comes to the bedroom.

He is adventurous and doesn’t want sex to become a practiced and predictable routine.

If you want to get along with this sign, you have to take a look at the Aries compatibility chart.

Unlike some other signs in the Zodiac, Aries can actually function with one another. It is an unusual thing in the Zodiac. This romantic relationship can turn into something very hot. But sometimes it ends up in a love-hate relationship.

But these two have addictive personalities, and if they fall in love with one another, they will chase and flirt constantly. But with each other. And that is the best thing to do, flirt with your partner daily.

This passionate relationship can be just the kind of partnership that Aries people need. The biggest challenge is who will be the boss of the relationship.

As one of the most passionate signs, Aries works perfectly with other passionate people. And that is where Gemini comes into play. Gemini woman takes the traits of the partner she is with.

And in this sexual pairing, Gemini quickly becomes the passionate person Aries man always wanted. But she will let him be the boss.

These two astrological signs match on an intellectual level as well. And even as a highly intellectual person, Gemini is hard to offend, working in favor with her Aries partner.

The only problem is both of these signs love to plan and start new projects, but they rarely finish them.

This is another fire with fire Zodiac compatibility that works extremely well. Both are passionate. And while this can lead to some arguments, they thrive in that atmosphere. They will love to one-up another.

These arguments end up healthy for the relationship. Why? Because both are honest and say what they like and do not like. And if they can find a way to work on the things their partner minds, the love will grow and mature into a healthy relationship.

The only problem is that Leo woman can be easily offended. And that will not work well in this pairing.

Fire and sun sign pairing is often a good thing. Again, these two are passionate and work together perfectly. And it is all because of the Sagittarius woman. She is much more flexible than her Aries guy, allowing him to take charge while falling in love with her passion.

And the lust between the two is real. They also share a common interest, namely in the physical department. Both of these love the gym, love hiking, sports, and are generally outdoorsy people.

Overall, this is one of the best matches for Aries man.

While Aries works great with some signs in the Zodiac, he doesn’t work well with others. Here are some of the worst pairings you can come up.

While it is possible for these two to fall in love, it is a doomed relationship from the start. And that is because they work completely differently. Aries guy loves to work independently and prefers an independent woman. And Libra woman, on the other hand, wants to do everything as a team.

And neither one of them will compromise. They have a different viewpoint on life for almost everything, from politics, sports, religion, life problems, and everything in between.

There is not much future here due to the different working styles.

This is one of the least compatible signs with Aries. Why? Because they have almost nothing in common with each other. It is hard and challenging to build a life together. Aries loves a life filled with adventure and opportunities to show his courage. Taurus prefers comfort, peace, and routine.

And in a romantic relationship, Aries will find his woman partner to be dull. She finds him exhausting to be around.

Speaking of bad pairings, this one is awful. It is one of the most volatile in the zodiac. They bring the worst in each other. They have almost zero chance to work together.

For starters, Aries approaches problems and tries to solve them. He views problems as battles to be won. Cancer, on the other hand, tries to nurture and protect. That is his primary motivation.

And because Aries can come up as aggressive, he can overwhelm and frighten his Cancer woman.

This complicated pairing is one of the worst Zodiac compatibility ever. It is a rarity in the real world. It almost never ends up in a long-term relationship.

While both are driven and hard-working signs, their style, and motivation are different. Aries is full of passion. Capricorn, on the other hand, is cool and works for slow and steady progress.

That different mindset and personality will often cause arguments and fights in the relationship. Taurus Man Testing You – How To Know And What To Do?